Scroll
The story of Cliffdale Station &

Cliffdale Station was resumed from Westmoreland Station in 1959. It was first taken up as a separate lease in 1960. The total area is 676 sq. Miles / 171,000 hectares.
The annual rent at the time the lease was taken up was, Three Hundred and Four Pounds and Four Shillings, or Nine Shillings per square mile per annum. (Approximately 34 cents per sq.km.)
Bill & Leona Olive and their partners, purchased the lease in 1973. At the time, the number of cattle running on the lease were unable to be estimated, as all the stock were ‘feral’. No fences had been built, nor any buildings erected, except one round paddock, of approximately 1 sq. mile, and one small set of yards, made out of bush timber. The fence and yard had been built for the purpose of running brumbies; possibly to be broken in and become work horses.
Shortly after the purchase of the lease the 1974 beef crash happened, and this lead to an all time low in beef cattle prices. A mob of cattle that had been mustered, with the view that the sale would alleviate the purchase debt, and which, at the time of inspection, were valued at $30,000; when auctions through the sale yard, realised a total of $3,000 for 300 head of mixed cattle. The slump in cattle prices meant that there was no point in continuing to develop the property at that time. The station laid idle until 1980.

In 1980, one of the original partners retired from the partnership, and another partner entered the arena. A sum of  $10,000 made available as working capital, and another chapter of 'Cliffdale Station' was started. Since 1980, some 200 miles (322 kilometres) of fencing has been erected and 4 dams constructed. All of this having been achieved, after clearing the lines and sites in thick tea tree scrub.

The decision to establish the ‘Hell’s Gate Roadhouse’, was made in 1984. The major reason being, that after the completion of the B.E.T.E.C program, the owners faced a period of six years of extremely low income. The B.E.T.E.C program had completely depleted the cattle herd.

In 1985, building materials were purchased, and the profusion of red tape applying to the setting up, building, gaining licenses and permits for the roadhouse, were finally untangled, translated into understandable terms and overcome.

Luckily the building was completed before the onset of the wet season.

A dream had materialised. As was befitting a location with such a name, the official party consisted of , Padre Bob Heathwood (United Church), Father John Flynn (Catholic Church) and Sister Joan (Dominican Order of Nuns).

At this time ‘Cliffdale Station’ had a re-established herd of some 400 tested cattle ‘behind wire’. This herd was tested and certified ‘clean’ in early 1991.

Why we are here

The roadhouse has continued to be a lucrative business. It assists travellers in the remote North/West of Queensland, to safely reach their destinations and substantially helps overseas travellers to understand the lifestyle of this vast area of the state. It is felt, that in doing so, Hell’s Gate is playing its part in building a better understanding, within our own country, as well as with our international visitors, of the pioneering spirit of the Australian Bush.

Why the name ‘Hell’s Gate’

The name of the roadhouse, ‘Hell’s Gate’ comes from the name of the small gap in the escarpment, through which the road passes, one kilometre south of the roadhouse. The name of the gap originated in the early days of settlement of the Gulf, when the police contingent, then based at ‘Corinda’, on the Nicholson River would escort settlers and travellers to the ‘portals of Hell’s Gate’. From that point onwards, they were ‘on their own’ until they reached the safety of police protection at Katherine, in the Northern Territory.

When one considers that, in those days, travellers were on foot, or at the best, mounted on horses; there were no 4WD’s or two-way radios, and added to this, the lands were largely unexplored and considered very dangerous, it would well have seemed the gateway to hell.

Where the road passes through Hell’s Gate, is the same track that the legendary explorer, overlander and bushman, Nat Buchanan, travelled as  he guided the first settlers to ‘take up’ and settle the first two ‘cattle runs’ in the Northern Territory. This settlement occurred in 1881.

Since December 2015, John and Jenny Hays and family have taken over the ownership of ‘Hell’s Gate Roadhouse’ and ‘Cliffdale Station’. 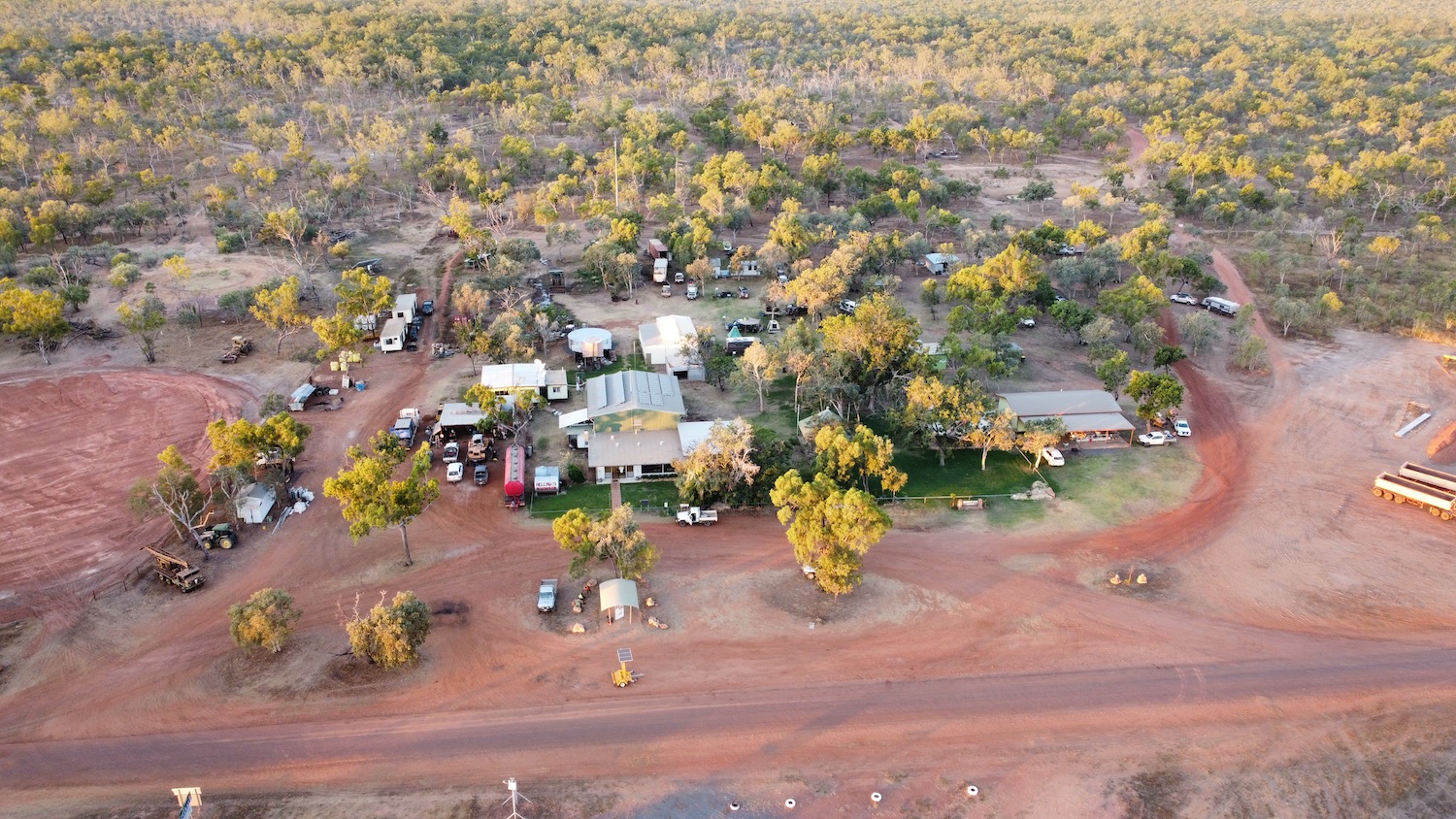